This page aims to provide useful information on how RS485 works by using the EG4 GYL battery as an example.

How to think about RS485

Arguably one of the main features of RS485 is the fact that you can physically wire multiple devices together and they all communicate on the same line as if they are all on the same conference call. Typically only one device is the master that broadcasts a request to a single address. Although all the slave devices receive the message only the slave that was called apon will respond. This master/slave arrangement is to prevent two devices from submitting information at the same time. If they submitted simultaneously it would result in one corrupt response instead of two valid responses.

What does this mean?

Unfortunetely the EG4 GYL battery has a single RS485 port. This means we have to wire the ports of all batteries physically into a single cable. When selecting a RJ45 splitter ensure that it simply connects the pins of the ports together. There shouldn't be an electronic board inside such as a network hub that receives and sends messages. This is RS485, not ethernet! 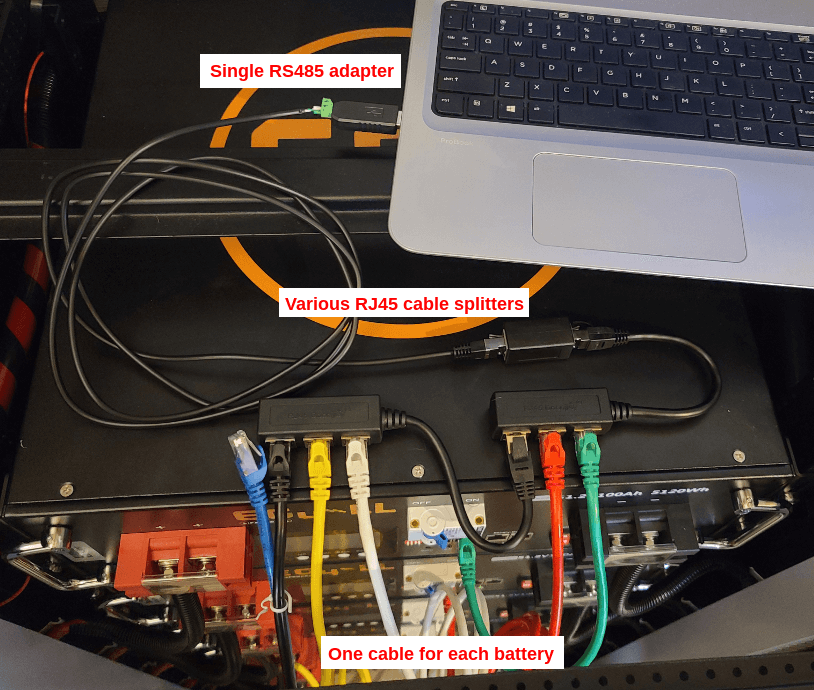 Set SolarAssistant to USB to Modbus RS232/RS485 and you should get individual pack data as shown below. 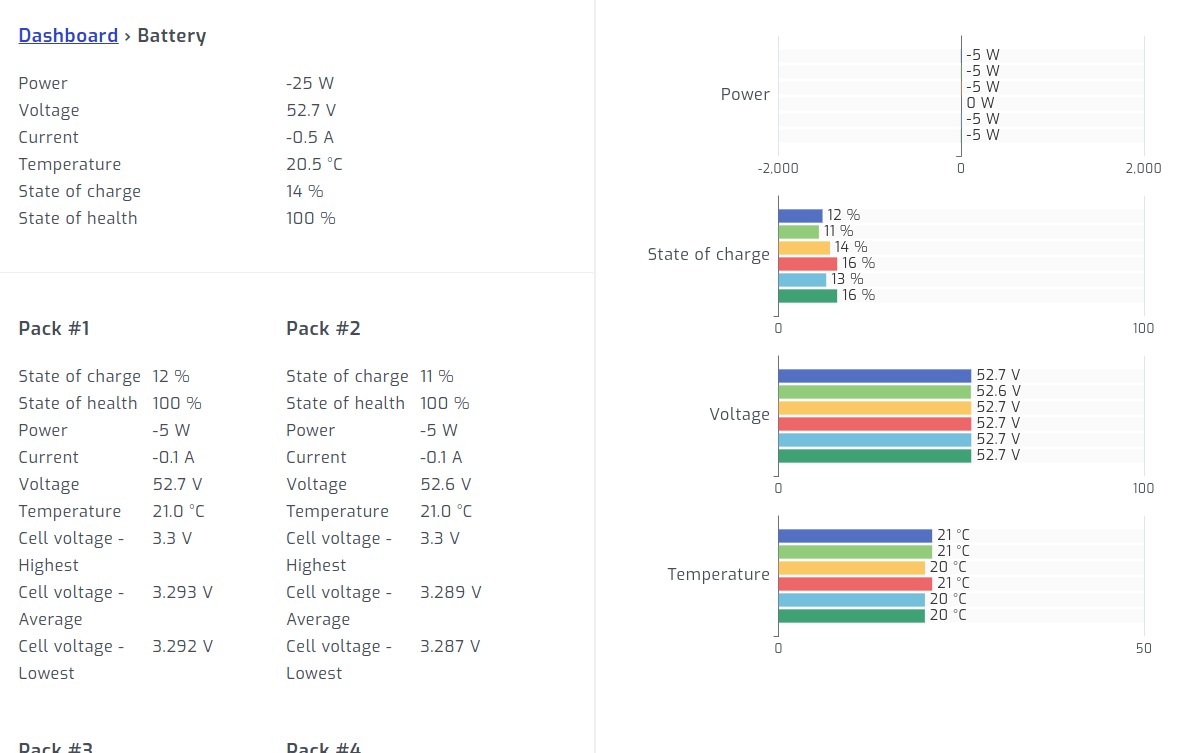